Alex Foxen and Barry Hutter kicked off POWERFEST in style by triumphing in the $5,200 High Roller and $2,100 High Roller Opener respectively. The talented high stakes specialist each bagged six-figure prizes, let us see exactly how much they won.

A field of 91 players bought into the $5,200 POWERFEST #03 – High Roller event and only 14 of them walked away with a slice of the $500,000 prize pool. Spare a thought for Alexander Tarnok who was the unfortunate soul who burst the money bubble.

Each of the finalists guaranteed themselves at least $20,094. Kevin Macdonald banked this sum when he fell in seventh place. Michael Addamo and Joakim Andersson were the next casualties; they collected $24,379 and $31,252.

Foxen busted Vogelsang in second place to secure the $137,317 top prize, leaving Vogelsang to reel in an $87,991 consolation prize.

Hutter Comes Out On Top In The High Roller Opener

Forty-one of the 281 starters in the $2,100 POWERFEST #01 – High Roller Opener returned to the partypoker tables on April 11 to compete for a share of a $562,000 prize pool. A whole host of stars were among those returnees.

Joao Vieira, Luke Reeves, Mike Watson, Ali Imsirovic, Niklas Astedt, our very own Kristen Bicknell, Darren Elias, and Samuel Vousden were just a handful of superstars who saw a return on their $2,100 investment.

Third place and $52,295 went to Kevin Kai Ka, whose exit left Sami Kelopuro and Barry Hutter heads-up for the title. Hutter and Kelopuro tussled for the title, but did not entertain a deal even though there was a $33,188 difference in the payouts. This meant Hutter walked away with $107,718 when he defeated his Finnish opponent, leaving Kelopuro to secure the $74,530 runner up prize.

There are plenty of POWERFEST events to get your teeth into on April 12, including Day 2 of the huge $1,111 Big Shot where Oleg Vasylchenko leads the final 53 in a battle for the $25,395 top prize, and probably more than that in bounty payments.

SPINS Your Way to POWERFEST Glory

There are a plethora of POWERFEST satellites running around the clock, plus our fantastic POWERFEST edition SPINS. These $10 buy-in three-handed jackpot SNG pay out $20 in cash, or POWERFEST tickets worth between $33 and a cool $2,100. Why not give them a spin? 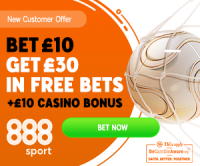