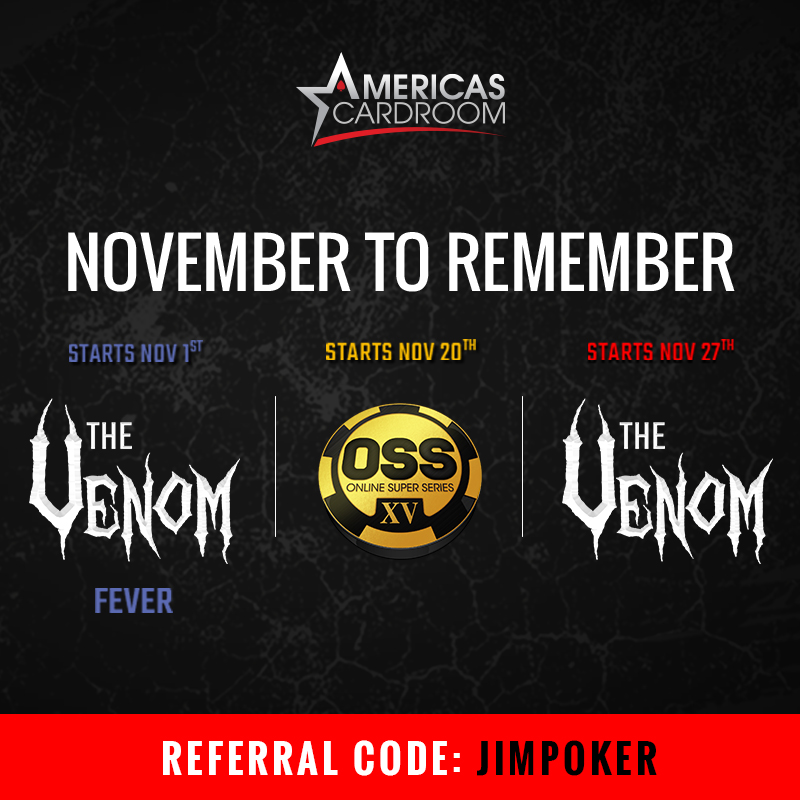 2019 has been a great year for Americas Cardroom (ACR), but the US-facing poker site isn’t going to sit back and relax. It’s almost ready for the upcoming Online Super Series (OSS), which runs from November 20th through December 15th. There are 26 days of poker fun on tap and a prize pool of $12 Million in guaranteed cash across 150 events means that that you could have a great holiday season.

The OSS is designed for players from all levels – beginners and pros alike. There are a range of options, including NLH, PLO, and PLO8, in regular, turbo and hyper-turbo formats.
Previously, OSS runs have included a single $1-million GTD tournament; however, since ACR is all about raising the bar on poker, this OSS will have two. The first has a $540 buy-in and will start on Sunday, December 8th at 3pm ET, while the second will get going on November 20th and has a $215 buy-in and a massive 13 Day 1 options. Players who advance will come back to the tables on Sunday, December 15th at 3pm ET.

The Featured Event of this OSS is the $6 Million Venom, which is going to get started on Wednesday, November 27th. If the $2,650 buy-in is too steep, ACR has plenty of other ways you can win a Venom seat. Head over to ACR’s website and all of its Step Tournaments, Skip Tournaments, Regular Satellites, Mega Satellites and Cyclones.
Cyclones are a new option that are available at ACR starting on November 14th. They’re a mix of blitz satellites with step tournaments and are a cool way to make it to Venom. First, choose your first step out of the seven that are available (the first step only costs $0.25) and then win your way up. With every 5,000 chips you earn, you go to the next step and, after completing all seven, you win a $2,650 Venom seat!

Visit Americas Cardroom for all the details on the Online Super Series and $6 Million Venom. 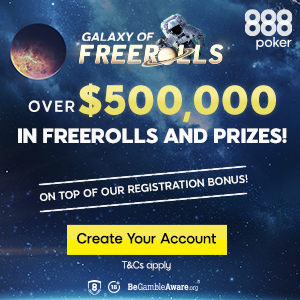 Check out This New Awesome Freeroll Series on @888poker ! There's over $500,000 GTD and Freerolls Daily! Really Easy and Awesome Way To Boost Your Bankroll & Win Some Serious Cash! https://www.vgnpoker.com/promotions/galaxy-of-freerolls-has-arrived-on-888-poker/

🇺🇸Just to let you know, i am actually preparing the stream, if everything is ready, i will be LIVE at https://twitch.tv/chipshippers.
Today's schedule:
VGN Winners Circle March
VGN ChipShippers Freeroll
No Account yet ? -> https://bit.ly/2PdaXiH ($88 NoDepositBonus with promo code)