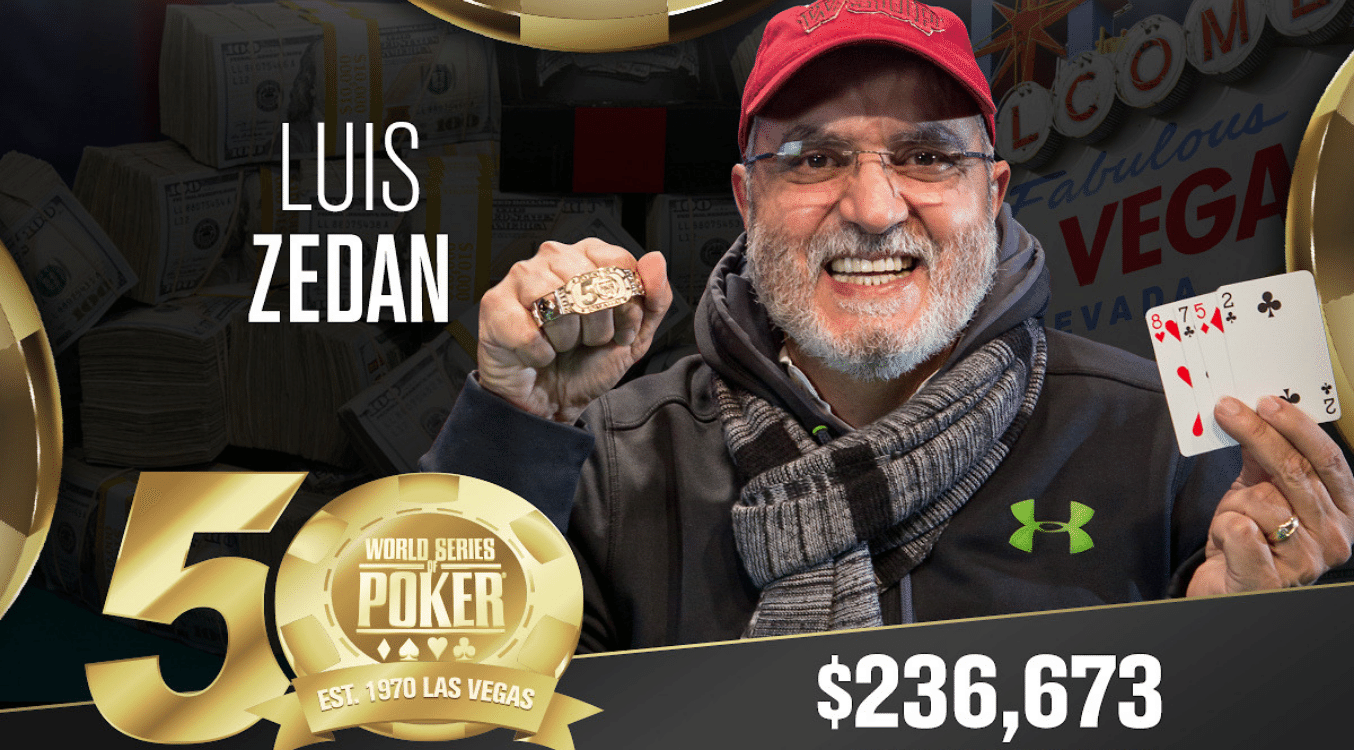 Yet another prestigious gold bracelet from the 50th Annual World Series of Poker goes to a new hero and this time his name is Luis Zedan. On a Saturday afternoon last week, he was awarded a bracelet together with the large sum of USD 236,673 at the US 1,000 Pot-Limit Omaha – WSOP Event 30.

The native from Miami, Florida is said to be one of the most positive, relaxed and outgoing persons on the tournament. He also has the idea of donating roughly a third of his earnings to a Kenyan charity ran by one of his friends.

When asked about the bracelet, Zedan said that it has always been his dream to earn it. He has been playing poker professionally ever since 2009 and has taken part in a number of tournaments throughout the years. This, however, was his first time winning the first place.

The final table on Day 4 comprised of 5 players. The first to fall was a player from Trinidad and Tobago – Ryan Goindoo. Thida Lin’s full house cracked the result of his ace, removing him from the table. The Goindoo’s prize for the fifth place stood at USD 55845. Zedan later eliminated Ryan Robinson as the flopped pair of the latter went down to the Zedan’s flopped set.

At the start of Day 4, Sam Razavi was the short stack. However, he managed to climb the ladder up to the 3rd place before losing to Zedan and going to collect his reward of USD 104888.

The lengthiest battle turned out to be the heads-up play. Lin held some forty big blinds as they started competing but Zedan already had 150. He managed to eliminated her when she couldn’t fill up the river. Nonetheless, she was happy to have scored second and take home the amount of USD 146,196.

New to The Party? Signup Get $30 FREE!
MORE INFO: https://www.vgnpoker.com/online-poker-bonus/party-poker-bonus-code/