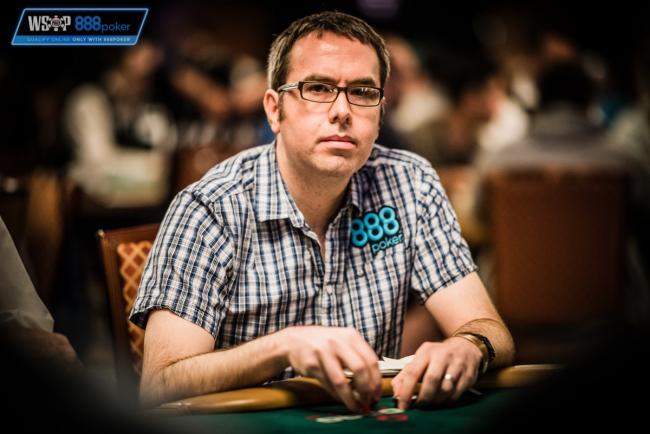 Sam Gilbert won a GBP 7850 seat for World Series of Poker Main Event last year in a free-to-enter 888 Poker tournament Sun event. As a 37 years old technology consultant he has had a great time playing in the most prestigious of the tournaments in the world. He enjoyed competing against the best players at the Las Vegas Rio Hotel and Casino Complex.

His prize packages stood at GBP 10000 and included his flight and a stay at the fabulous Vhara Hotel. He was also accompanied by his wife Anna who also claimed to have had an amazing time in Las Vegas. According to her, she felt very proud that Sam has won The Sun tournament but also hopeful that he would do even better at the WSOP Main Event and take the crown.

The total number of players taking part in the competition stood at 7500. After 13 days of play, the winner turned out to be John Cynn, an American poker player, who collected the staggering amount of GBP 6.9 million together with the prestigious WSOP Gold Bracelet.

According to Sam, he has had “a memorable summer” and couldn’t have hoped for more after winning the Sun competition, which allowed him to enjoy the World Cup in Las Vegas.

Sam likes to think of himself as a recreational player who has played the game for nearly 20 years. After having won several thousand pounds online, together with a group of friends he headed for the World Series of Poker Main Event in Las Vegas back in 2014.

He has started to play online with small amounts and five years ago won his first cash prize of GBP 165 in a live Sheffield event. This sparked his interest in the game even more and today he is a dedicated poker player.